To: All Media Editors, Journalists and News Outlets

RE: MACUA & WAMUA welcome the decision of the Labour Court in the Case between AMCU and the Minister of Mineral Resources and Energy

Mining Affected Communities United in Action (MACUA) and Women Affected by Mining United in Action (WAMUA) have welcomed the decision by yet another court, this time the Labour Court, to affirm the right of mining affected communities to be consulted on issues that affect them.

It has been a consistent practise of the Department of Mineral Resources and Energy (DMRE) to exclude communities from participating in the decisions that directly affect them, but we are pleased that court after court has affirmed our constitutional right to be recognised as interested and affected parties that must be “meaningfully engaged”.

At the start of the State of Disaster lockdown, In what we described as a “diabolical conjuring of the dark arts of authoritarian governance”, the Minister of Mineral Resources and Energy, published new amendments to the Mineral Resources Development Act (MPRDA) on the first day of the Covid-19 emergency lockdown without proper consultations with mining affected communities.

This deeply undemocratic bent of the DMRE has been consistently rejected by the courts and MACUA and WAMUA are currently considering our legal options should the DMRE continue to exclude mining affected communities and act in an authoritarian manner towards them.

But having to constantly, run to the courts to access our rights, raises  important questions about the democratic intent of the DMRE and the Minister and we call on the Portfolio Committee on Mineral Resources and Energy to urgently bring the executive and the Minister to account for their continued violation of our constitutional rights.

During his State of the Nation Address in February this year, President Cyril Ramaphosa told us that fixing the fundamentals and deepening the reforms Government has already made, should put the country on course to achieve inclusive growth.

This month when announcing the R500billion economic package the President once again affirmed that the economic strategy going forward would require a new social compact among business, labour, community and government, to restructure the economy and achieve inclusive growth.

Yet in practise, the DMRE under the leadership of Gwede Mantashe, has done everything to frustrate this agenda and deny communities their constitutional rights.

We hope that after, yet another court pronounced on the constitutional injunction to include mining affected communities in meaningful consultations, that the Minister will put the interest of the country and its most vulnerable and marginalised citizens first, before that of profits and greed.

Mining Affected Communities United in Action (MACUA) is a co-ordinating body representing and advancing the rights and interests of mine-affected communities across eight provinces of South Africa. The network is made up of 50 community organisations and calls for communities to be granted a greater say in issues that affect their human rights and which they believe is denied to them in current regulations governing the mining sector.

Women Affected by Mining United in Action (WAMUA) is an official national platform formed within MACUA with the purpose of advancing the rights and interests of women in mining affected communities. WAMUA aims to advance and support women in mining affected communities to strengthen their participation in community decision making processes and influencing local, provincial and national policy and legislative process in the mining sector. 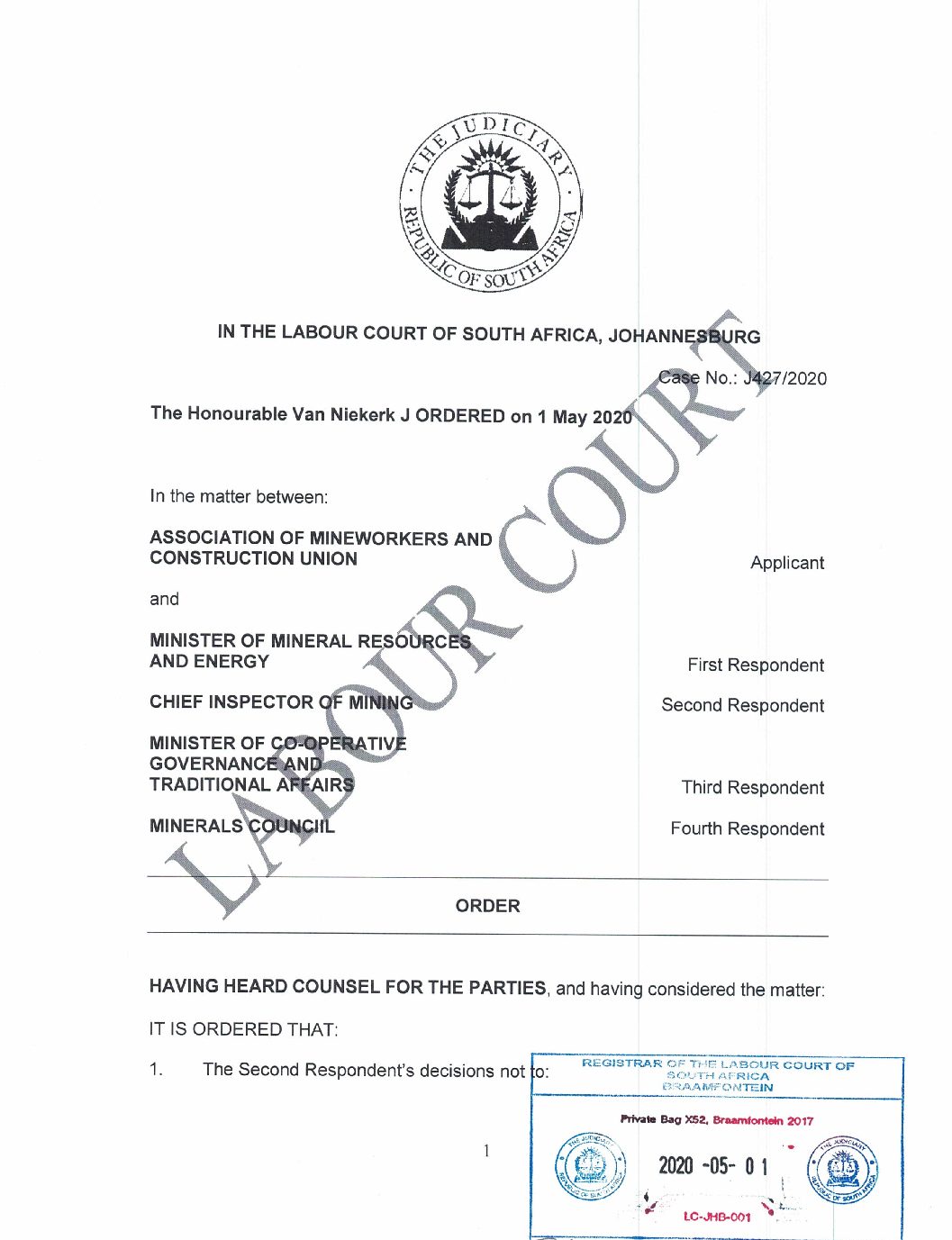