Sustainable mining? South32 leaving destruction in its wake as it attempts to clean up its image 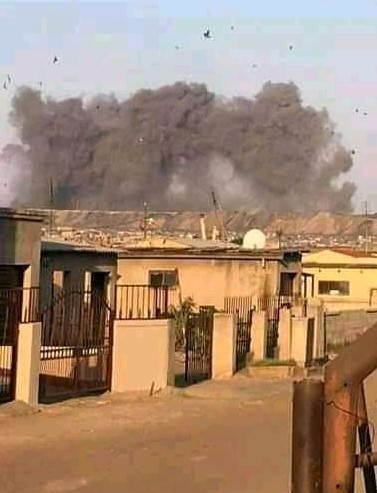 Sustainable mining? South32 leaving destruction in its wake as it attempts to clean up its image

Last week, despite disruptions caused by the Covid-19 pandemic, Australian mining giant, South32, reported an unexpected increase in their recent global production, due in a large part to “a ramp-up of mining at the South African Energy Coal operations.” Also this week, communities surrounding those coal operations suffered devastating destruction to their land, their homes and their health as South32 continued to blast recklessly, without warning or concern for the lives of those in the area.

As the images below show, blasting regularly causes damage to communities’ homes and property. Pollution from mines also renders soil and water unfit for subsistence farming, and leaves the air unsafe to breath. The photographs cannot convey the chronic stress that living next to such a mine causes – community members must nervously anticipate the almost-daily blasts and the repercussions thereof. While mines are required by law to notify communities before a blast, South32 never does.

It’s not that they don’t know the effects of blasting on surrounding residents and their homes. Mining affected communities in South Africa, led by the women who bear the brunt of mining’s effects, have been telling them for years. In 2018, Millicent Shungube, one of the authors of this article, even travelled from her home in Phola, Mpumalanga, to South 32’s headquarters in Perth, Australia, to address the corporation’s leadership at their Annual General Meeting. Driven by the understanding that the South African Constitution guarantees everyone the right to an environment that is not harmful to their health or wellbeing, Shungube called on South32’s executive to take responsibility for the harm they were causing in South Africa.

She was promised that upon returning to South Africa, she and the women she worked with in the Greater Phola Ogies Women Forum would meet with senior representatives of the mine in South Africa to share their grievances and proposed solutions, and to discuss opportunities for partnership. In early 2019, a few meetings were held, but South32 stopped responding to the group’s emails and missed the meetings they called.

South32 is now selling its South African coal operations at a hugely discounted price – not because it has come to understand and reject the destruction that coal mining causes (as part of the deal, it will continue to collect 49% of the cash flow generated by the mine until 2024, and it still celebrates the planned expansion in coal production by its purchaser) but because coal mining is no longer lucrative.  Globally, investors have begun to avoid investments that perform poorly on Environmental, Social and Governmental (ESG) indicators. Coal mining is well known to have disastrous environmental and social effects. This year, Norway’s sovereign wealth fund, the largest in the world, withdrew its investment in mining companies that produce large amounts of coal. BlackRock, the largest asset manager in the world, recently indicated its intention to do the same.

Commenting on South32’s efforts to sell their coal mining operations in South Africa, one financial analyst wrote: “[A] successful offloading of what has been a difficult asset will boost earnings quality and shrink the overall workforce meaningfully.” In other words, coal is considered ‘dirty money’ and South32 wants to get out quickly, reducing the ‘burden’ of a large employee numbers in the process.

This offloading, however, also means that the cost and responsibility of rehabilitating the mine site will fall to the purchasers. South32, one of the largest mining companies in the world, has both the resources and the experience to rehabilitate mines effectively after mining operations cease. They also claim to be industry leaders in standards of transparency, consultation and accountability, and their listing on the London Stock Exchange (LSE), the Australian Securities Exchange (ASX) and the Johannesburg Stock Exchange (JSE) ensures some level of transparency around their operations. The South African purchaser of the coal operations, Black-owned Seriti Resources, does not share those credentials and may be even more difficult to hold accountable.

The social and environmental ramifications of a change in mine ownership are monumental, but current legislation does not require that mining companies consult affected communities before such a sale, or that the Department of Mineral Resources and Energy attain communities’ approval for the substitution of one rehabilitation plan for another. In this way, the paltry requirement that companies consult communities before submitting an application for a mining license is further undermined and rendered inconsequential, because the conditions upon which the license is granted, such as the rehabilitation plan, can be changed without any consultation.

While South32 rushes to get rid of its dirty assets, lauding the contribution that this sale will make to transformation in the mining sector, communities such as Phola are left wondering what will come of the commitments that South32 has made, but never acted on.

Rapid turnover in mine ownership, which usually takes place without community knowledge, is commonplace in South Africa and helps explain why it is so hard for communities to hold mines accountable. Often communities will write to a mining company requesting a meeting only to find out that the mine has been sold, and that their long-standing efforts to engage with the company in control must begin from scratch. In Shungube’s case, it seems like the dozens of letters, the meetings and even the trip to Australia may have been in vain.

After this week’s blasting,  and numerous requests from her community in Phola, Shungube wrote yet another plea to South32. It began: “As I am writing this email a cloud of black dust is coming to cover our once beloved township.” She relayed the various meetings and commitments that had not been met by South32, and expressed frustration that South32 continues deny or ignore what community members know to be true: “We have evidence of falling structures and falling tombstones, we have continuously witnessed the breaking of windows and no one is coming to the party.” While the letter demanded answers and action, Shungube was told only that an investigation is underway. A familiar response.

Shungube worries that next time she writes, she may be told that South32 no longer owns the mine in question and therefore can’t help the Phola community.

While the sale of its coal operations will allow South32 to present itself to investors around the world as a company that is both profitable and committed to sustainability and transformation, the state of the communities left behind will fade from consideration. From the grounds nearby their coal shafts, South32’s social and environmental commitments appear to be a farce. 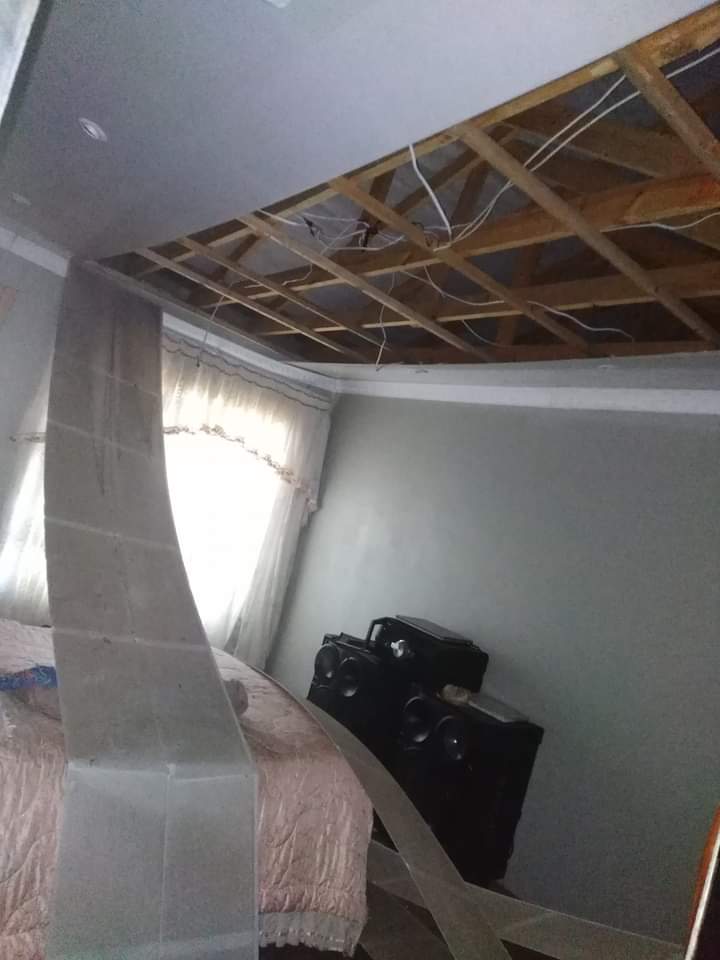 A broken roof  in a home in Phola resulting from South32 mine blasting on 21 October 2020 (Image: Nandi Khanyile) 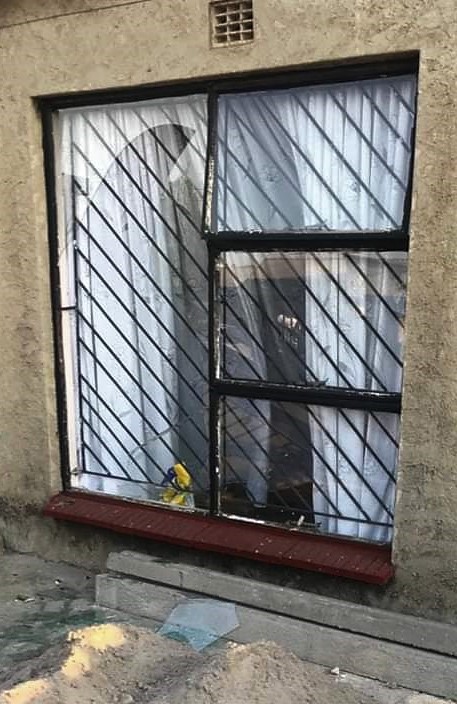 A broken window in a home in Phola as the result of South32 mine blasting on 21 October 2020 (Image: Khosi Mahlangu)

Nicola Soekoe is a socio-economic rights researcher and a legal intern at the MACUA & WAMUA Advice Office.