Our minister of mineral resources reportedly told parliament last week: “”We are on the path of changing the mining and petroleum industry in South Africa, whether you like it or not. …. Change is painful, change is bitter, especially when you are stuck in the past. This act is about the people of South Africa.”

We give three examples of how the Bill makes matters worse for communities: 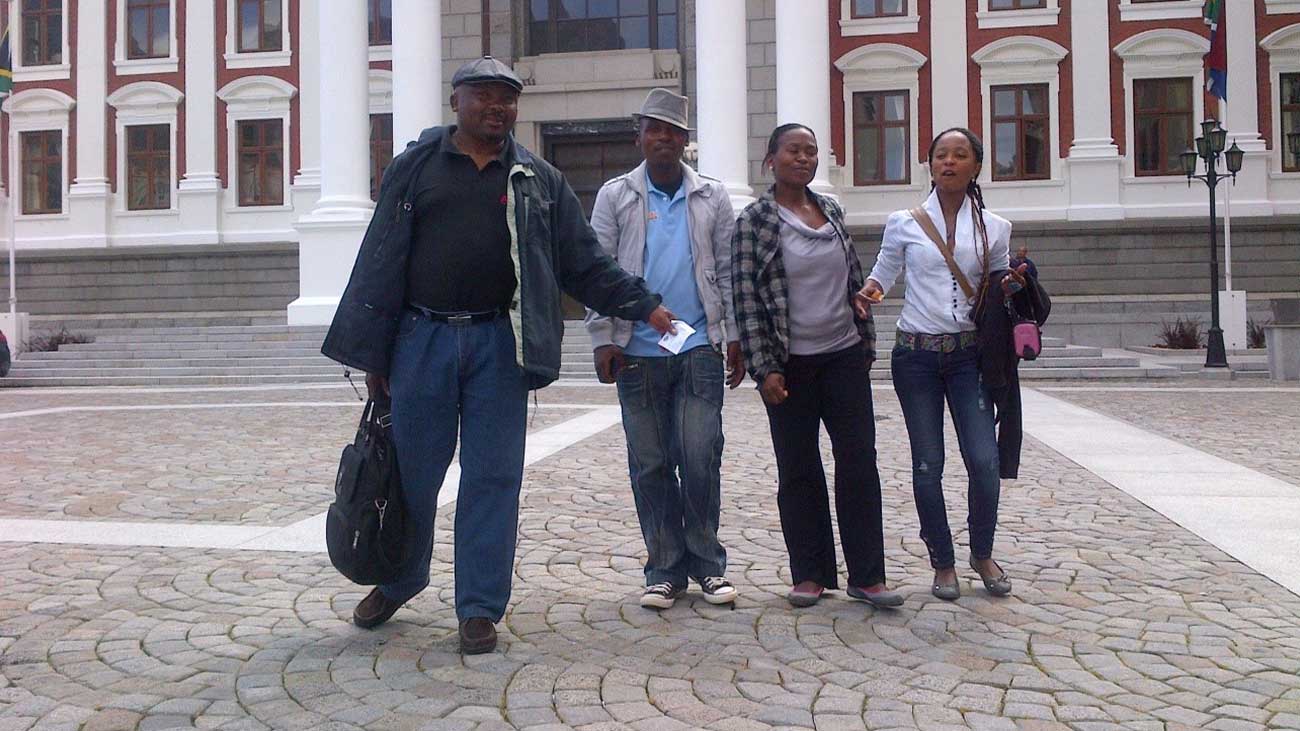 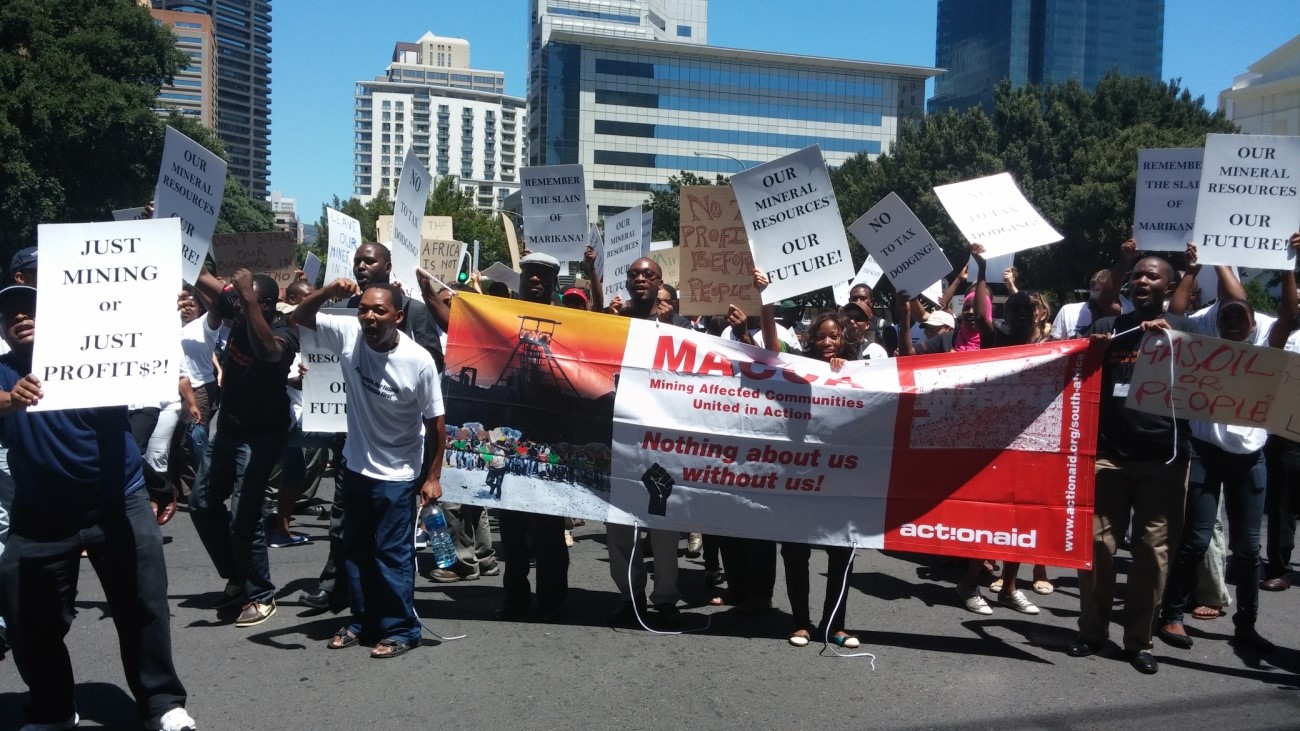 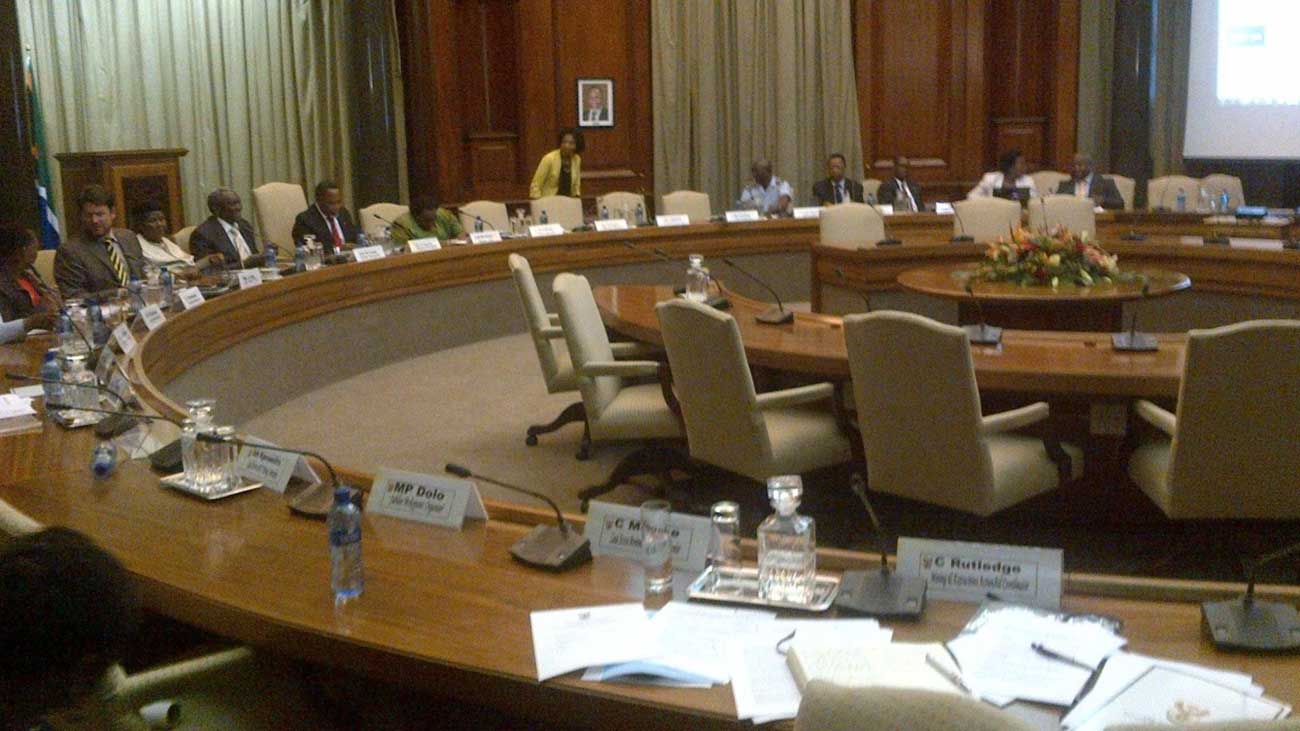 MACUA’s proposal for further amendments was that community consent is necessary before its land is mined, that communities get reparation for past mining and that communities are properly and meaningfully consulted on environmental and social impacts if mining is going ahead.

None of the commitments were met and the Office of the Presidency now refuses to even acknowledge our attempts to contact them with regards to these commitments.

The additional amendments deal with:

a) Discretionary water use licenses, ie “where necessary” inserted in eleven places in the bill with the following or similar wording or import: to apply, where necessary, for a license for use of water in terms of the applicable legislation.’’.
b) Repeal of the proposed amendment of section 23(2)(b) of the act :

The Minister [may] must
(a) [having regard to the nature of the mineral in question,] take into consideration the provisions of section 26

The primary amendment is to section 2 of the act, where specific reference to the promotion of communities is repealed:

‘‘(d) substantially and meaningfully expand opportunities for historically disadvantaged [persons, including women and communities]South Africans, to enter into and actively participate in the mineral and petroleum industries and to benefit from the exploitation of the nation’s mineral and petroleum resources;

We interrogated the record of the parliamentary hearings to find the evidence and justification for the last minute changes to the amendment bill as published. This is what we found in statements by the department:

a) Water use licenses are not necessary if the mine gets water from a municipality’s waste plant, and a WUL is only necessary if groundwater is going to be used;
b) Section 23(2)(b) is superfluous because community benefit or redress for suffering from mining will be covered by SLPs.

We say this :
1 as far as WULs are concerned, it is not for the applicant or the regional manager to decide on the need for an application. The department of water affairs should consider all applications and the need for applications cannot be screened by another department. In any event, WULs are necessary for extraction from both rivers and the ground. The provision is internally contradictory. If legislation requires a WUL then applications must of necessity be made for such licences. The necessity for an application has already been determined. The insertion of the words “where necessary” creates confusion as to the legislative intent, in conflict with the requirements of regulatory certainty and rule of law. Communities may forfeit their own scarce water resource.

2 as far as community benefit and redress is concerned we had pointed out that social and labour plans are inadequate, prepared by consultants without consultation with communities, and not complied with by mining companies or policed by the department.

“When we conduct oversights, we come back depressed. Because before you enter into a mine, you walk through a sea of poverty. … In our own experience these Social and Labour Plans are indeed not implemented…Mining communities lament that here, within our area we extract the wealth of the country but there is no drop that comes back to us as the mining community.”

At the mining indaba at the beginning of 2013 the minister undertook to address the legacy of the 1913 Land Act and the community conditions that lead to the Marikana tragedy. She said that this was the context for reviewing the MPRDA:

This year also marks a hundred years since the enactment of the Native Land Act, which created a system of land tenure that deprived the majority of South Africans of the right to own land, and eventually compelled Africans who had lost their land to join the mining industry as migrant labourers… It is the remnants of this historical legacy of the migrant labour system, poor housing and living conditions, high levels of illiteracy, and low skills level that inevitably contributed to Marikana.

The only provision in the bill that was beginning to address the concern then expressed by the minister is section 23(2)(b). The department has not provided a cogent reason why it has made an about turn and removed the provision. Neither has the portfolio committee justified the amendment to the amendment bill.